Thinner, lighter and full of great ideas.
Once you pick up iPad 2, it’ll be hard to put down. That’s the idea behind the all-new design. It’s 33 per cent thinner and up to 15 per cent lighter, so it feels even more comfortable in your hands.1 And it makes surfing the web, checking email, watching films and reading books so natural, you might forget there’s incredible technology under your fingers. 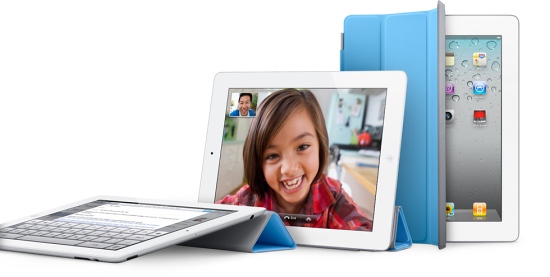 Dual-core A5 chip. It’s fast, times two.
Two powerful cores in one A5 chip mean iPad can do twice the work at once. You’ll notice the difference when you’re surfing the web, watching films, making FaceTime video calls, gaming and going from app to app to app. Multitasking is smoother, apps load faster and everything just works better. 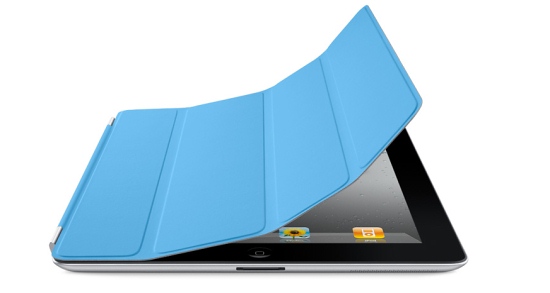 Super-fast graphics. Go, gamers, go.
With up to nine times the graphics performance, gameplay on iPad is even smoother and more realistic. And faster graphics help apps perform better — especially those with video. You’ll see it when you’re scrolling through your photo library, editing video with iMovie and viewing animations in Keynote.

Battery life keeps on going. So you can too.
Even with the new thinner and lighter design, iPad has the same amazing 10-hour battery life.2 That’s enough juice for one flight across the ocean, or one film-watching all-nighter or a week’s commute across town. The power-efficient A5 chip and iOS keep battery life from fading away, so you can get carried away. 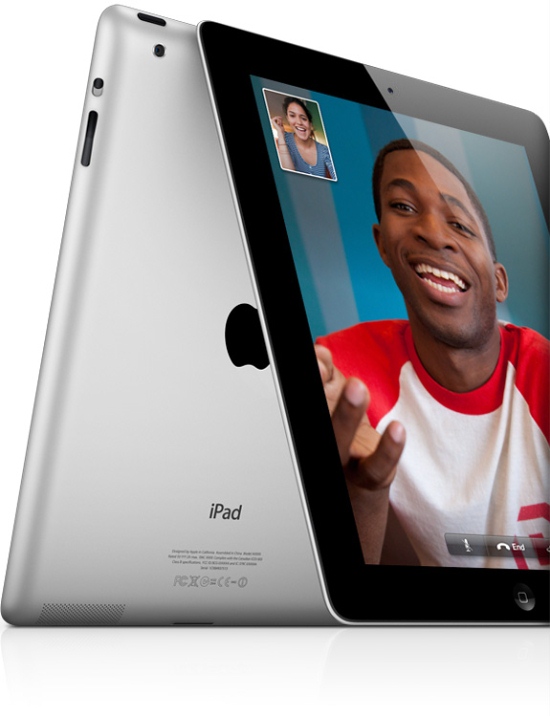 Two cameras. And a big hello to FaceTime for iPad.
You’ll see two cameras on iPad — one on the front and one on the back. They may be tiny, but they’re a big deal. They’re designed for FaceTime video calling, and they work together so you can talk to your favourite people and see them smile and laugh back at you.3 The front camera puts you and your friend face-to-face. Switch to the back camera during your video call to share where you are, who you’re with or what’s going around you. If it’s worth filming, let the back camera roll. It’s HD, so every movie you shoot is a mini-masterpiece. And you can take wacky snapshots in Photo Booth. It’s the most fun a face can have.

iPad Smart Cover. Designed for iPad. And vice versa.
iPad 2 and the iPad Smart Cover are made for each other. Literally.4 We designed the iPad Smart Cover to work side-by-side with iPad — and on top and underneath it too. Smart magnetic technology built into each really pulls them together. The iPad Smart Cover falls perfectly into place and stays put to protect your iPad screen, yet doesn’t add bulk to its thin, light design. Open the Smart Cover and your iPad wakes up instantly. Close it and your iPad goes to sleep automatically. And here’s another smart part: it transforms into the perfect film-watching, game-playing, web-surfing stand. It comes in 10 bright colours — including five in rich, aniline-dyed Italian leather.5 Choose your favourite, and your iPad will be smart all round. 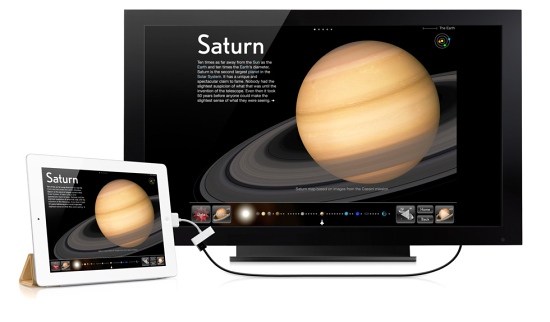 Video mirroring. What you do is what they see.
Video mirroring is new for iPad and for every app, web page, presentation, video, film or photo you want to show a big audience. Just plug in the Apple Digital AV Adapter or Dock Connector to VGA Adapter (sold separately) and your HDTV or projector becomes a bigger version of your iPad. One plug, that’s it. Everyone sees what’s on your display — even when you rotate iPad from portrait to landscape or zoom in and out on photos. Faster graphics performance from the A5 chip means a bigger (and better) performance in the classroom, boardroom or living room.